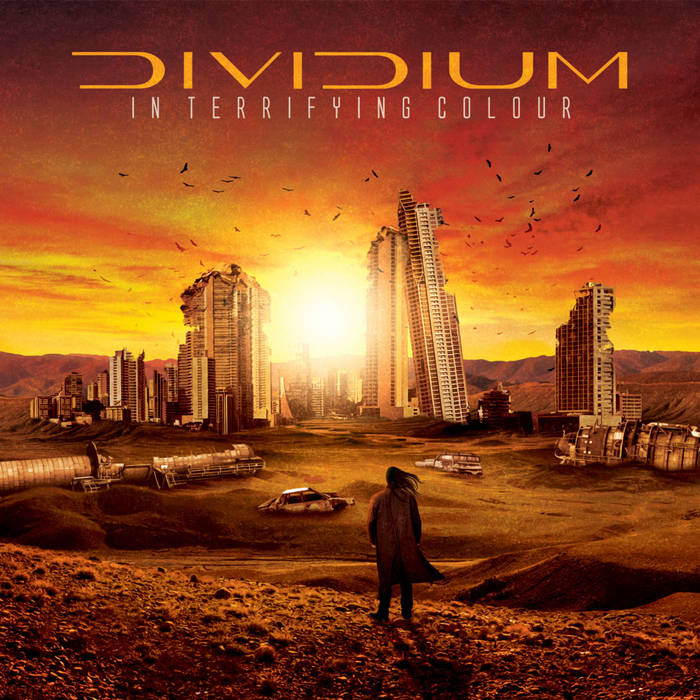 'In Terrifying Colour' is Dividium's second album. Written in 10 months after finalising the band line up, the album was recorded during a 3 week period in August 2015 at Silent City Studios under the expertise of Rob Hobson.

Featuring the singles 'Eternity', 'In Terrifying Colour', '330' and 'The Chaos Engine', the album is a based around the concept of conflicting emotions and takes influence from bands such as Protest the Hero, Periphery, Dream Theater and Soilwork.

The first single, 'Eternity', was released in February 2016 with an accompanying video, made available through the bands Facebook and Youtube channel, to favourable reviews. The band plans to release the other singles through 2016, as well as tour relentlessly to promote the album.

All songs and lyrics written, performed and recorded by Dividium.

With special thanks to Danny Stevenson, Jean-Luc Chavaudra and Zak Glossop.

Recorded at Silent City Studios under the expertise guidance of Rob Hobson.

Bandcamp Daily  your guide to the world of Bandcamp

Featuring appearances from Kari Faux, Bluestaeb and and interview with NY-bred artist Wiki